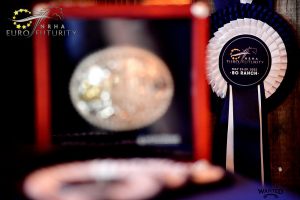 Competition will start on Thursday 26 with the first go round of the $241,160-Added AMBTP European Open Futurity and will continue on Friday with the $103,354-Added BO Ranch NRHA Euro Futurity Non Pro Qualifier.

Competition is bound to be tough as Europe’s best 4-year-old horses enrolled in the NRHA Nomination Program will perform to the best of their ability on the ground owner Gregory Morat brought in from the 2014 FEI World Equestrian Games™ held in Normandy.