La Chapelle-la-Reine, MAY 27—The highlight of the second day of competition at the $344,514-Added NRHA European Futurity was the $103,354-Added BO Ranch NRHA European Non Pro Futurity qualifier where 35 horse-rider combinations performed to earn a ticket to the finals which will be held on Sunday, May 28.

In the Cardinal Reining Horse Level (L)4 division, it was all about young Andreu Nogue Puig and his Simple The Best 66 (Inferno Sixty Sixty x ARC Yellow N Lime), a mare bred by Ambrosini Quarter Horses and nominated by Lenka Lukackova. The young rider from Spain, who purchased the talented bay as a yearling from GB Ranch in Italy and went on to break and train her himself, last in the draw scored a 219.5 for the lead.

The first 2022 NRHA European Futurity Champions will be crowned on Saturday, May 28, when the $241,160-Added AMBTP European Futurity Open finalists will perform in front of a full house in the beautiful BO Ranch arena. 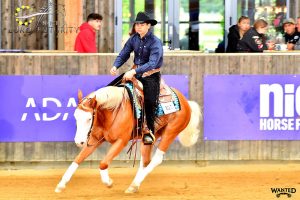 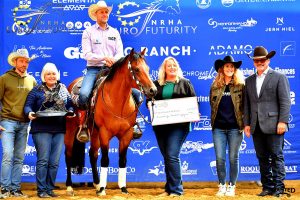 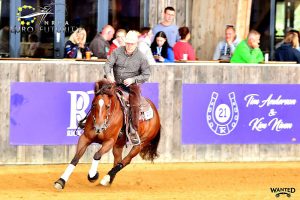 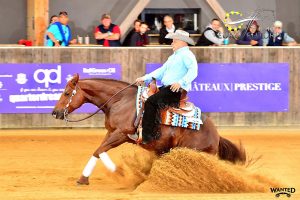